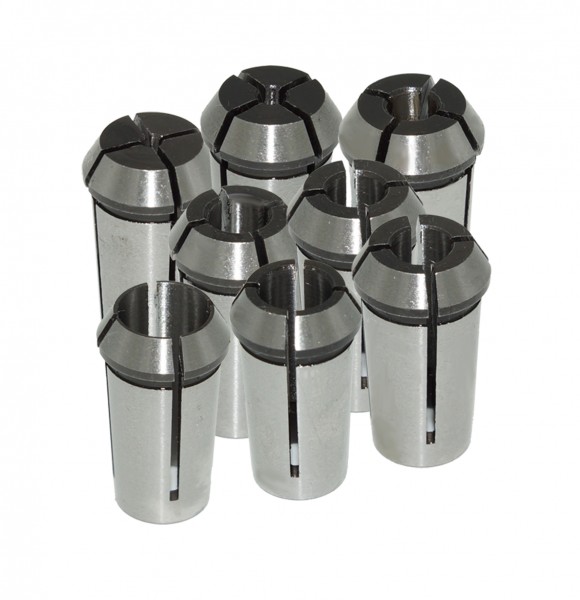 Prices incl. VAT plus shipping costs
Depending on the delivery address, the VAT may vary at checkout. Dear store customers of AMB-ELEKTRIK. As of 01.01.2023, the inflation surcharge of +4.9% for materials and energy. must be adjusted to +7.9%.
Your team from AMB-ELEKTRIK

The standard collets from AMB are manufactured under the highest quality standards in Germany. This collet system was created by Kress in the 90's and is considered the standard setter in this area. In the meantime, many competitors have copied this system. It is still considered a classic, but is increasingly being replaced by the ER16 collet system (industry standard)

A high concentricity of the tool is always characterized by the perfect interaction of the angle and surface of the collet holder in the milling motor, the union nut and the collet itself.

Often, cheap products are chosen for collets whose angle and surface tolerances are poor. Here a high quality concentricity is not possible, despite the fact that a concentricity of a few Mhy tolerance is advertised.

When using the AMB system of milling motor, collet and union nut, the system runout tolerance is max. 0.05 mm.

F: What does "standard" mean? Collet? A: This system was significantly co-developed by Kress in the 80-ies and was leading at that time. Even today, it is copied by many market competitors.

F: What does runout repeatability mean? A: The difference in runout tolerance from clamping one tool to the next.